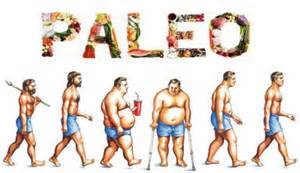 Definition: From Wikipedia:  The Paleolithic diet (also called the paleo diet, caveman diet or stone-age diet[1]) is based mainly on foods presumed to have been available to Paleolithic humans.[2] Wide variability exists in the way the diet is interpreted.[3] However, the diet typically includes vegetables, fruits, nuts, roots, and meat while excluding foods such as dairy products, grains, sugar, legumes, processed oils, salt, and alcohol or coffee.[1] The diet is based on avoiding not just modern processed foods, but rather the foods that humans began eating after the Neolithic Revolution when humans transitioned from hunter-gatherer lifestyles to settled agriculture. 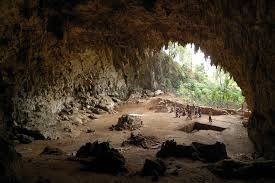 Ok, so that simple definition helps us understand why Oats are often on the avoid list for many Paleo Diets, right? But here’s the thing… recently scientists have found a 32,000 year old stone inside a cave in southern Italy that was used by cavemen to GRIND OATS INTO FLOUR!!!

This new research could prove that the original paleo eaters were grinding oats and other grains to presumably add to their diets. According to the findings, the ancient stone was in a cave called Grotta Paglicci in Puglia, Sounthern Italy. It was used by a Paleolithic people in the Gravettian culture. Seems they were pretty sophisticated too – leaving behind some spectacular cave paintings along with evidence of burials and distinctive stone tools.

When the researchers sealed the stone to preserve it for research, they also left small patches exposed that they washed to loosen debris. In the water were hundreds of starch granules. The most plentiful was Avena barbata: –  a species of wild oat known by the common name slender wild oat. Which has edible seeds. Hmmm… sounds like our Gluten-Free Prairie Oat Groats.

Thanks for stopping by today